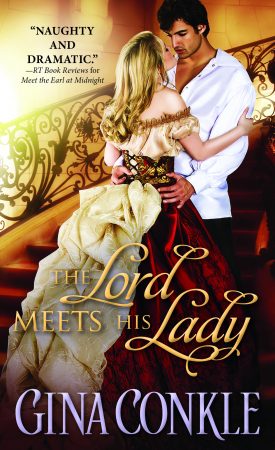 Lord Marcus Bowles has stained his family’s reputation for the last time. Only after spending a scandal-free year restoring some far-flung property can this second son return in good graces. But Marcus isn’t one to abandon a lone damsel on a dark country lane.

One stolen kiss and Genevieve Turner’s handsome midnight savior disappears. Typical. No matter, Gen is finally on the way to a new life, and hopefully to finding her grandmother as well. Instead she finds her mischievous hero is her new employer…surely a few more kisses won’t hurt.

But soon there’s a wolf at their door—a man from Genevieve’s past. Will she keep running? Or will Lord Marcus fight for the fallen woman who holds his heart?

STARRED REVIEW
"A charming romance that may remind some of the Poldark series. This tale of love, redemption and courage...has the pages flying until the wonderful conclusion." 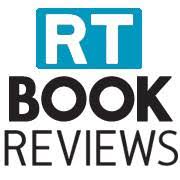 Marcus awoke to banging in his room and a rampant erection between his legs. His head was barely off the pillow when his new housekeeper yanked open a bed curtain, blinding him with light.

“Miss Turner. Good morning.” Eyes shut, his head sunk back on softness. “Why are you in my room at this ungodly hour?”

Grommets scraped. Cold invaded his warm haven. His housekeeper charged about as though she launched a morning sortie.

“Call me Miss Abbott. And I’m here because Mr. Beckworth asked me to wake you.”

“Might I remind you that you work for me now?”

A feminine titter came from the fireplace where the infernal clanging started again. He’d find a way to smooth things over with Samuel and Miss Turner, but first things first. Every house, big or small, ran on clearly understood expectations.

He was a simple man with simple requests.

A few guidelines was all she needed.

Eyes opened, he pushed up 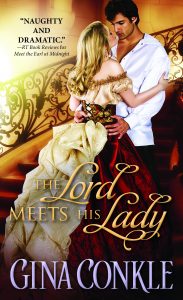 on his elbows. Miss Turner bent over at the hearth, dumping ashes into a red pail. She could be ringing an off-key church bell in her energetic cleaning.

“Mr. Beckworth asked me to remind you ‘today you start making amends.’”

“That’d be the only way he could ask me to wake you.”

He scrubbed a hand over his face. The business venture started today?

He couldn’t get out of bed. Not with the tell-tale bulge between his legs. Watching Miss Turner’s hips didn’t help. Honey-colored hair spilled to her waist, held back by linen banding the crown of her head. The linen strip had been tied off in a white bow below her ear.

The effect was messy and…desirable.

“Then we’ll discuss expectations later, but you need to know I’m not an early riser.”

“I am.” She walked to his bed, her gaze falling on tented linen. “And parts of you are, I daresay. As to expectations, I say we discuss them now.”

Miss Turner was a sergeant in russet skirts this morning, one familiar with the rhythms of men. Both arms folded under ample breasts, pushing her shift’s white drawstring bow over a low-cut bodice.

Tavern maids and fast widows favored the enticing neckline. He ought to purchase more gowns for her. The apron was the only housekeeperish thing she wore.

He sat up, tucking rumpled sheets over his erection. “You have me at a disadvantage here.”

“What? Your man bits?” She shrugged, the drawstrings dancing lively. “I’ve seen more full salutes at The Goose than you ever did in the army. Now about those expectations.”

He chuckled, the sound raspy as an old saw. “Very well. I expect you to stoke the morning fires.”

A brow arched. “There’s no coal, and you lack sufficient…wood for a decent fire.”

Miss Turner’s quip roused him. Or was she warning him off? Either way, he couldn’t recall the last time he enjoyed early morning.

“I’ll see to the firewood supply. Is there anything else I can do to make your time in service here easier?”

He accepted the barb. There was no denying the truth: he had manipulated circumstances to get her here. Miss Turner was miserly with her trust, doling it out in pieces before pulling back. He’d once seen a tiny sea creature in the West Indies, a hermit crab the natives called it. She reminded him of the sea creature, living partly exposed. Any intrusion and it shrunk back into its shell.

“I’ve a few requirements, milord. Your cottage is much bigger than the Beckworth’s. I’ll need help. A laundress certainly.”

“If a laundress helps,” he said, hand sweeping wide. “By all means find one.”

“And a charwoman too.”

“Hire a laundress and a charwoman if you must.” He paused. “For a week.

“I already did. Mr. Beckworth suggested the Dutton sisters.” She paused. “They’ll be in service for as long I need.”

“I’m glad you agree. Alexander went to fetch them from the Red Swan while you slept.”

He could feel his scant coin box getting emptier by the moment, but there was no mistaking the steel in her voice…a quality he liked…same as the white bow dangling from her bodice and the other one touching her neck. He couldn’t decide which one he’d untie first if given the chance.

“Anything else?” he asked.

“Oh, yes. There’ll be no making free with your hands under the stairs, milord.”

“Agreed. You haven’t had a good look at the stairs. Worst place to launch a full-scale seduction.”

She fought a smile and lost. “That would mean there’s a best place?”

The Lord Meets His Lady by Gina Conkle