If Grimm’s Fairy Tales gives you the shivers, try this scary Viking story.

Once Upon a Dark Time…

There lived a Rus king, wealthy and powerful, a man blessed with daughters of rare beauty, Brynnhild and Bekkhild. All was well, save this: the common folk whispered of a giant watching in the woods, his evil eyes shining from the dark forest.

King Hertrygg of the Rus sent warriors to find this fearsome beast. Men always returned empty-handed and exhausted. Time slipped by. Leaves changed from green to gold, marking the busy season. The king forgot about the giant.

Harvest kept everyone busy, including the king’s daughters. All labored to bring in crops before winter painted the world with cold and ice. Amidst the reaping, a shadow slid from the forest.

A large, foul-smelling creature thundered his way into the king’s garden. Cracks marked his grey skin

everywhere. He growled, baring teeth sharpened to narrow points. But, his glittering, pale eyes lit on the king’s daughters. The giant grabbed the maids with hulking paws and disappeared back into the woods.

The distraught king sent warriors after the giant, but this time none returned. The Rus king tore his beard, wailing, “I’ll give a third of my kingdom to the man who brings back even one of my daughters.” 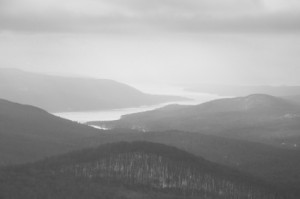 blood of brave men slain by giants. And, the king’s daughters stayed locked away in the Land Beyond Land. The mountains of giants and dwarves.

Winter turned to spring, then summer, and fall. Courageous men dwindled, no longer venturing to the land beyond land. The king lost all hope.

Next Harvest season, the tides brought a Viking ship to Rus shores. Leaping from the dragon head prow, Asmund a warrior of charm and great sword skills teamed with Egil the One-eyed to save the royal maids.

They sought a meeting with the king, who repeated his vow. “A third of my kingdom to the man who brings back one of my daughters.” In a forlorn voice he finished, “If they’re dead, bring me their bones. Your reward will be the same.”

Egil and Asmund, both young warriors refused the king’s mead, swearing they would not drink until they brought the maids back dead or alive. And in the black of night they disappeared into the forest.

They walked with swords and shields ready for battle. Both men used the cover of night to hatch their plan. Before they journeyed to King Hertrygg’s land, they met a seer who cast magic rune stones. The blind old man gave strange advice that rang in their heads:

Meet a giant to slay one.

She’ll be old and want your gold,

But, trust her stew when she asks you to be a goat.

They laughed at the seer’s rhyme, thinking the old man must’ve hit his hoary head.

But, their stomachs rumbled and thoughts turned to food. Ahead a herd of black fleeced goats munched on green grass. They killed the largest one and built their fire to eat it, when a shrill voice blasted their ears.

“You killed my favorite goat!” shrieked a beak-nosed giantess. 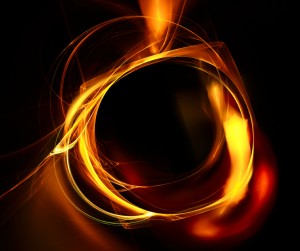 snatched the one gift he could offer to appease her: a gold ring.

Giants loved their goats, but they loved shiny things more.

She snatched the ring and rolled it around her palm. Black nails curved like talons, closing over the small offering. “Mine.”

The Vikings lowered their swords. The men glanced at each other, recalling the seer’s words. Asmund worked his charm on the giantess and she sat with them and shared her story.

Giant King Sidon banished her for an old insult. The gates of Land Beyond Land would open tonight to give refuge to all giants, even those banished. This was the eve of the Dark Festival, a time when Shades roamed the lands of giants and men, stealing souls for the Underworld.

They asked her about the royal Rus maids, Brynnhild and Bekkhild. Yes, they were alive.

The giantess, Oga, pointed to a tower high on a grey cliff. “They weave for King Sidon in that tower.” Oga cackled. Her gap-toothed smile held no mirth. “They die tonight…if they fail to present Sidon with a worthy gift.”

The giantess rocked back and forth on the grass, hypnotized by the gold ring. She whispered to the Vikings her dilemma: bear a gift for Sidon or banishment forever. She confessed she wanted to cook the king in her cauldron and eat him limb for limb. Her eyes flared dark orange when she hissed those words.

“Get us through the gates. We’ll help you kill Sidon. Hide Asmund in your cauldron,” Egil said and pointed to the dead goat. “And sew me into your goat’s skin. Tell the guard at the gate you come to cook a fine meal of goat stew for Sidon.”

giants feared the Shades that roamed freely this one fall night each year. But, Oga honored her word and carried them on her back through the gates, Asmund curled up in her hulking cauldron and Egil sewn into the dead goat’s skin.

Oga set her cauldron in a dark corner and lit her own bonfire. Asmund and Egil hid in the shadows until she gave the signal.

Egil handed over a small pouch to the giantess. “Pour this poison in Sidon’s drink.”

“And I’ll cook him in my cauldron,” she cackled, spewing waves of putrid breath.

The Vikings left before she hatched plans to add them to her stew.

They made their way to the tower up dank, stone stairs. No torches burned. Asmund and Egil moved by stealth, but screeches and cries for help bounced off rock walls. Shades sunk their claws into their victims. Bones crunched, echoing in the cavernous castle.

Giants hovered around bonfires, seeking light in darkness. None bothered to guard the Rus maid’s tonight. Every giant sought to save his own grey skin.

The brave warriors pushed open the great oaken door and found the maids frantically braiding a thick rope. Their shabby dresses hung on thin bodies. Candles burned everywhere, shining on a rope that stretched like a serpent across the vast room. The taller one beckoned them.

“Don’t just stand there with your mouths open, Vikings. Come help.” She pointed to a beam. “Tie the end to that post.”

Asmund and Egil did as she asked. The courageous women didn’t need them after all.

The smaller one said, “They come for us at midnight.”

Her glassy gaze darted to the door and then to a large hourglass in the room. Sands slipped through the narrow middle but the hourglass’s fat bottom was almost full. The maids told them a similar hourglass sat near Sidon’s throne. Time was almost out.

“We’ve worked all year…our gift for the giant king.” The taller one smirked and gave her name as Brynnhild.

“We must take a candle with us…the Shades,” the smaller one whispered, her hands trembling.

Beyond the door, giants’ voices grumbled. A pair of them argued who would hold the torch and who would go first up the stairs. A loud, keening scream seeped through the door.

“The Shades…they’re coming.” Bekkhild jumped up from her stool and looked to her sister. “Brynn, we must leave. NOW!”

All four climbed out the lone window, a square opening cut in stone. They bit down on tapered candles, their hands and feet

holding fast to the silken rope. All stayed black save the candle’s flickering yellow light in front of their eyes. Wind blew cold fingers on their necks.

Or was it a Shade testing their flesh?

Once the Shades were done with Giants, they’d move on to smaller prizes — humans.

Clouds and mist caused Asmund’s candle to fizzle to a dim, glowing orange wick. Egil’s soon followed. They inched lower and lower down the rope into empty darkness. When would this rope end and all could put their feet on the ground?

Bekkhild’s candle sputtered when a thick cloud circled around her. She opened her mouth. The candle dropped. No one heard the comforting sound of an object hitting earth.

“Brynn? Can you see the ground?”

“No. I’m, I’m at the end of the rope.” Strong Brynnhild held the knot with one hand and the candle in the other.

The others made their way closer to the thick knot that marked the rope’s end. The men dangled in a cluster with the women

and looked down. One candle lit the jet black cavern. The earth made a black hole, its maw ready to swallow them. None had the strength to crawl back up the rope.

“We can’t go back,” Egil said. And the rope began to tear. The silken threads rent an awful ripping sound.

“Should we let go and hope the ground is near?” Brynnhild asked, her voice shaking as she began to cry. One diamond drop tear slipped down her thin cheek.

The Viking warriors, who faced death in the shield wall, sweated despite the cold. This was not the same as facing an enemy in battle. What lurked below?

“Are we all going to do this?” Asmund’s breath billowed a small cloud. The air turned colder and colder around them.

Wind shrieked. An creepy chorus of howls sounded in the distance, moving closer.

“Our only chance. Let go and hope the earth’s near.”

Asmund spoke in a loud voice, trying to be heard over the Shades flying at them. “On the count of three, we let go at the same time.”

All nodded their assent.

“One,” he shouted over the wind.

“Three!” They cried out as one body and dropped to the yawning black hole below.

None heard of the four who braved an escape from the Giant’s Land Beyond Land. When harvest draws near, visitors to Iceland claim to hear voices when they venture close to the famous Viking volcano. Some drop candles to give light to the fallen four.   The End.            (click to tweet)

Hop along and see how other romance authors feel about Halloween. Prizes are offered at EVERY stop! The GRAND prize for the Hop is a KINDLE PAPERWHITE and gift card! And TWO e-books bundles will be given away! The TREAT bundle includes:

and the TRICK bundle includes:

a Rafflecopter giveaway
What? MORE Raffles? Check out my giveaway below and tell a friend! Spread the *spooky* Viking love!