Teaser Tuesday – “Even Phantoms Have Their Standards.” 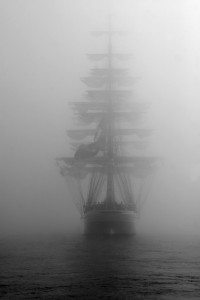 “If you’re quite through, my lord,” she said with some starch.

Lydia pressed the cloak closer.  Lud, but he needed a set down.  She’d dealt with overzealous farmers and country squires in the past and knew how to put men in their place.  Men are all the same, no matter their status; the quality of their clothes differed, but all were flesh and blood underneath.  A biting remark formed on her lips when she froze.

He reached for her.

Lord Sanford’s gloved hand hovered near her face in the gentlest fashion as if he wanted to touch her but held himself in check.  They stood that way for a few, eternal seconds.  Only his warmth touched her cheek. So close, she smelled oiled leather and saw the stitching on his glove.  Why the hesitation?

Long moments stretched, measured by the sound of rainfall. His brown eyes studied her lips, her hair, even the outline of her ear, as odd as the notion was.  His lordship examined her as if he would memorize shape and texture without contact.  He angled his head, the black tri-corn casting shadows, and something passed between them: something elusive and slight when his gaze met hers…a current of curiosity that must have beckoned him to test her.

A lone, leather-clad finger trailed over her cheek, so light.  Lord Sanford’s subtle connection caused tantalizing shivers, shivers that followed his whisper soft caress on Lydia’s skin.  His exploring finger slipped under her chin and angled her face toward firelight.

“You’re a thorough one,” she said breathy and low.  “No doctor’s ever examined me thus.”

His dark gaze flicked to hers.  “Even phantoms have their standards.”