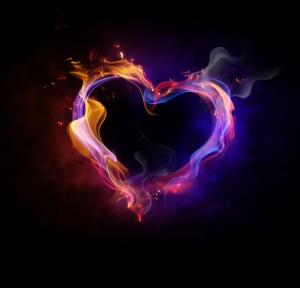 “Is that true? Did you talk about me when you went hunting?”

His voice was steady, but she noticed his pulse beating rapidly at his neck as she set the pan before them. He appeared to choose his words with care. Funny how men measure their words to a woman, if they think trouble brews. Sestra would be proud at her quick study of men.

“And if I gave you Erik, would you give me anything I wanted? My freedom? Even return me to Frankia?” She scooped up eggs, ready to serve them.

Hakan smiled and nodded. He looked like a man who had found his way out of a dangerous bog. “If you get Erik before the Althing, then I’ll gladly grant your freedom. I’ll even take you wherever you want to go.”

She held the wooden spoon mid-air. “Do I have your solemn vow? Your word of honor?”

Hakan nodded. “As Sven is my witness, you have my word.” The corners of his mouth turned in a wry smile. “And you know my word is true.”

Helena finished serving the men and slid over the bench to join them. They spoke of places to find Gorm on Gotland. Helena’s ear blurred the details of their words, so stunned was she at the promise made. The men, oblivious as only they could be, went on with their plans. The meal was quickly finished. Everyone rose from the table. Hakan and Sven stopped to collect their weapons, strapping them into place. Walking into the sunshine, Gamle brought Hakan’s great black horse, holding him steady as Hakan and Sven clasped the other’s forearm. Helena tarried in the shade of the tree by her loom.

“All will be safe.” Sven’s vow was serious as he glanced toward the tree.

Closing the distance between them, Hakan advanced on her, his iron helmet dangling in his hand. The wolf’s ice-blue eyes narrowed on her.

Was there longing in his voice?

With the loom at her back, she’d nowhere to go as he towered over her. Helena opened her mouth to bid him a cool goodbye, but words were lost. Hakan grabbed her arms and gave her a fierce kiss, lips pressing lips. Her body tensed. Leather and warmth surrounded her. There was nothing soft about him or his kiss. The Norseman’s calloused hands gripped her arms, and one hand squeezed the silver armband.

Hakan let go, and as quickly as the kiss began, it ended. He placed his helmet on his head, a kind of shield to her. Metal bands rimmed his eyes, and the nose guard covered the length of his nose, flaring at the tip. His face half hidden, sword at his back, Hakan became the Norse warrior and was nothing of the gentlefarmer who had wiled away the summer with her. He touched his forehead in salute and jumped into the saddle. Agnar’s giant hooves churned the earth in a fast gallop, kicking clods of dirt in his wake.

Helena touched her lips. ‘Twas the first time she had ever been kissed. 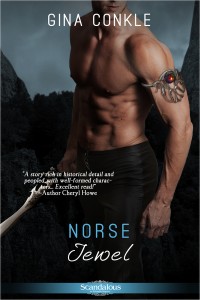