Teaser Tuesday – “Why the tether?” 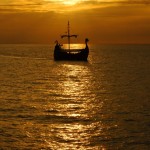 His massive size closed in, blocking all light. Wedged between a barrel and the ship’s side, sturdy wood imprisoned her. His skin grazed hers as he wrapped the leather around her wrists. She glanced down at the detestable strap, and a burst of rebellion flowered.

An excerpt from Norse Jewel by Gina Conkle