Why Do We Love Vikings? Part 1

I stand firmly in the “love” camp, but could never say why. My first book, Norse Jewel, poured out of my head ten years ago, and I kept going back to that one story. Why?

How could I stay passionate about an unpopular era?

My Viking manuscript met with editor and agent brick walls with phrases like:

“Too true to the times.”

Not until taking a class with Dan Blank (at ‘We Grow Media’ http://wegrowmedia.com) did I figure out that why.

Look at Normandy.  The region’s named for the “Nor’men.”  Sure, there was raiding and pillaging — it was the Dark Ages.  Pre- AD 1000, the Nor’men attacked Frankia often.

On the Seine River, Rollo and his Viking warriors camped out and planned to take silver and gold like usual, then leave. But, Charles the Simple, King of the Franks (as France was then known) was struck with an idea:

Why not ask the raiders to be his neighbors? 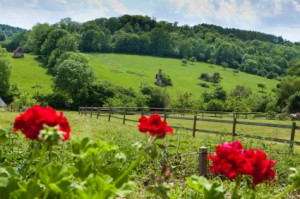 Charles would gain a “defensive buffer” between him and sea invaders, and what a beautiful buffer the king offered. Charles also had an ulterior motive: Vikings would gain more productive uses of their time — like protecting and developing lots of land and stop raiding Paris.

Maybe land’s worth more than silver and gold?

To seal the deal, Charles offered his daughter in marriage to Rollo, requested conversion to Christianity, and by the way, change your name to Robert. Rollo agreed.

During a celebratory event, the bishops decided Rollo should kiss the foot of Charles.  Meant as a sign of submission, some postulate the Franks wanted payback — they wanted the Vikings humiliated.

No kiss to the foot, no land.

Rollo, ever adaptable in politics, offered up one of his men to kiss the kingly foot.

The warrior approached Charles but failed to bend.  Instead, the foot rose to meet the Viking.  The Norseman grabbed the foot, brought it to his mouth, and knocked Charles off his “rocker.”

The hall erupted with laughter. The Franks quit messing with the Vikings, and Rollo took leadership of his vast domain AD 911.

Under Rollo’s rule, the region prospered.

Vikings intermarried. They took on the language of the region (mixed with their own). And, Rollo made Rouen his city center. His presence made the oft-attacked area peaceful.

From raiders to businessmen and landowners, Vikings settled in, adapting to their new home. The Norse leader ran a prosperous town emporium and marketplace.  Normandy even boasted a coin mint as Europe moved toward a system of currency. 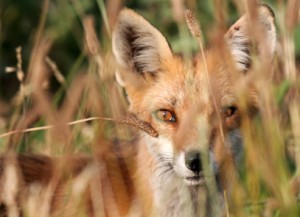 Maybe you can put the fox in charge of the chickencoop.

Thanks for stopping by-