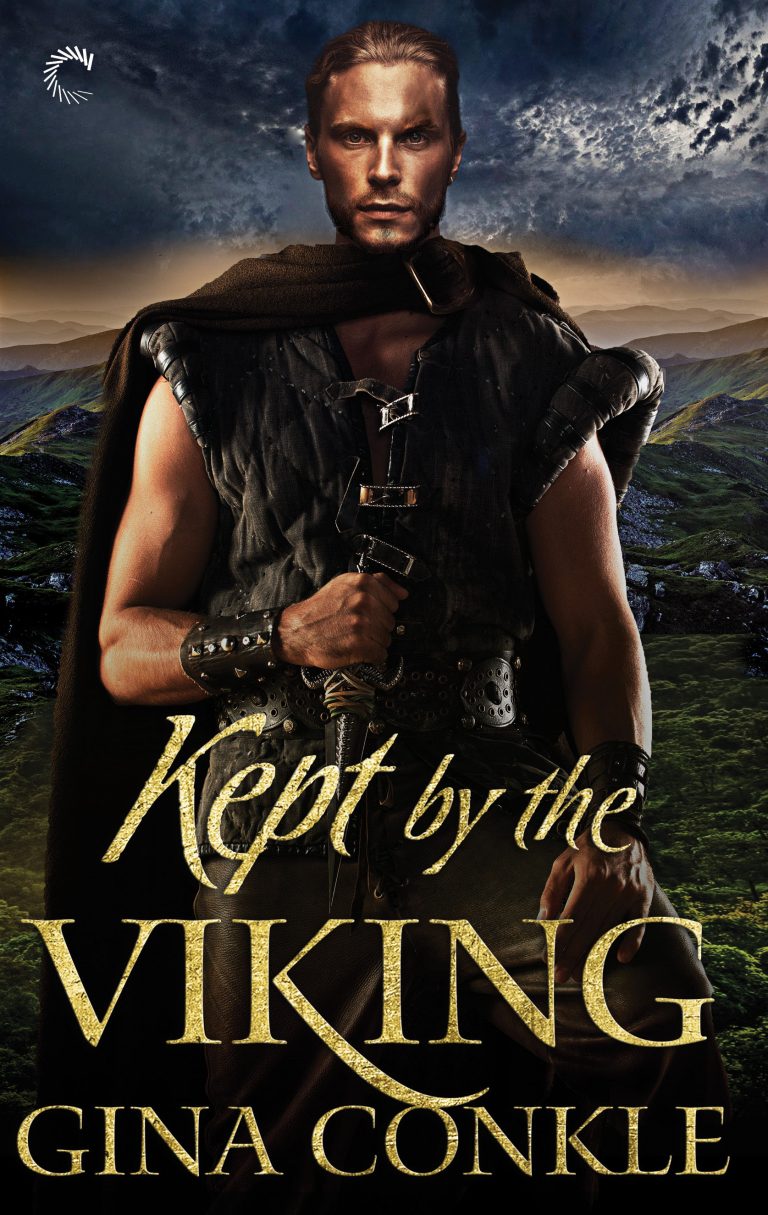 AD 930, A Saxon outpost on the northern border of Nor’man land

Smiling grimly at the darkness, Rurik tucked a bone-handled blade in his boot. Norns had spun his life with stingy threads, but his days of hardship were over. Rouen’s overlord, Will Longsword, promised to make him a landsman, a plum prize for a low-born Viking.

If he got to Rouen by the midsummer feast.

Door hinges whined in the quiet, and a shrouded figure crept through the outbuilding. Skin prickling with alertness, Rurik’s hand hovered over the knife. Firelight limned the form slipping past loose-weave curtains into his bed box. A bent knee sank into fur. The bed creaked, and a black cloak parted, revealing enticing curves pressed against a thrall’s grey wool tunic.

A woman to ease his loins. She should’ve come last night.

“Didn’t expect a companion this morning.” He caressed her smooth-skinned arm. “I don’t have time—”

She slapped his hand. “Keep your hands to yourself, Viking. I am not here to be your, your…how do you say comfort woman?”

A lilting accent melted over sharp Norse. It teased his ear, intriguing him the same as her knocking away his hand. Slaves, thralls, the lowest of laborers knew better than to strike a warrior.

He sat back, amused. “Frilla. That is a Viking comfort woman.”

Her chin tipped proudly. “I am not a frilla. I bring you urgent news.”

The folds of her cloak rippled. Did she hide a weapon?

Familiar, battle-ready tension heated his veins. His eyes narrowed on shadows hiding her face. “Who are you?”

She scooted closer. “That doesn’t matter. I—”

He yanked the knife from his boot and sprang at her. It was quick work, wrestling the woman into the pelts. Whatever she’d meant to say was lost in shocked yelps. Her hood fell back. The bed box squeaked in the scuffle, and heavy furs jumbled around his morning visitor.  Jamming his forearm high on her chest, he squinted at the woman, but he couldn’t make out her features in scant light.

The thrall scrabbled beneath him like a doused cat. He jerked his hips back, narrowly missing a knee to his ballocks. Blood thrumming, he swung his leg over thrashing limbs and pinned her with his thigh.

He held the blade high. “Did he send you to attack me?”

“No! I detest the man. Put the knife away…if you want to know how the Saxon cheats you.”

“The blade stays,” he said, nose to nose with her. “And you will tell me Sothram’s plans.”

Eyes glimmered through tangled black hair. Anger stiffened her limbs. He would feed off it and stay vigilant. A man could never be too careful with the gentler sex. In his travels, he’d heard of fair-faced women plying a deathly trade by luring the hapless traveler into a private place. The end of that tale was always cruel. Thieves robbed the man and beat him unconscious or worse—killed him.

It had happened to Leif, one of the Forgotten Sons. His loss was a wound that wouldn’t heal.

Glowering up at him, she jammed the heels of her hands against his shoulders. “I know you won’t hurt an unarmed woman, Rurik of Birka. Your reputation says otherwise.”

A slow smile formed. The she-cat had spirit, he’d give her that. She wriggled hard, the cradle of her body bumping him. The outbuilding was quiet save the squeaking bed and her feet battering the pelts. One glance proved no one lurked beyond the coarse curtains.

Why not have a little fun before his long day’s ride?

“Why do you keep fighting? You’re not going to unseat me.”

“Overgrown brute.” Teeth clenched, she dug her nails into his leather-covered shoulders.

Low laughter rocked his chest. “You came to my bed. If you want me to listen, it will be as I say or not at all.”

She stilled. “You will not…touch me?”

“I want information. Not sex.”

A rooster crowed in the distance. Time passed thick and quiet, marked by the tension melting from her slender legs resting between his. He couldn’t fully see the woman’s eyes, but he could feel them, searching him, wondering. Yielding. He savored moments like these: the dip of a woman’s loins beneath him, a naked knee touching his inner thigh, bed furs tussled and warm from her body, hair spread out for his touch… Sensual tenderness was a Freyja-blessed gift in his harsh life. He was quick to steal softness when he could.

The thrall gave the slightest nod.

“That’s better.” He sheathed his knife. “Now that we’re comfortable.”

“We need to discuss my reward, Viking. For the information.”

“A kiss and a coin. Worthy payment for a thrall.”

Such haughtiness delivered with an ear-teasing accent. Who was this woman? He pushed back the curtain with his free hand. Fire flickered from a hanging soapstone lamp, slanting light across a cloud of ebon hair and amber eyes. The thrall from last night. She’d stood at the end of Sothram’s feast hall, her furtive stare tracing him from a gloomy corner.

“This isn’t a negotiation, sweeting.”

“It is if you want to save your life and the lives of your men.”

He wasn’t quaking in his boots, but a mere woman could bear helpful tidings.

“Your courage is noteworthy, but you should know when a man has the upper hand.” He let go of the curtain and began to root through the pelts. He was taking no chances.

She swatted his shoulders. “We don’t have time for this, Viking.”

“I have to make sure you’re unarmed.”

Dainty feminine grunts beguiled him. Her fight waned more from exhaustion than will. Palm flat on her ribs, his thumb grazed the side of her breast. The thrall froze. Her heart banged against his forearm bracing her chest. With her cloak open, only a thin layer of wool separated her skin from his hand. Her body heat seeped into him. Women were meant to be savored, their gentleness absorbed.

He took his time, trailing his fingers over each rib before finding the sweet furrow of her waist. Gold eyes flared wide when his hand slid lower, cupping her hip.

“What’s your price for this valuable information?”

Sooty lashes dipped in the manner of a submissive maid, but he wasn’t fooled. Her body was rigid beneath him. She barely tolerated his touch.

“I want you to take me with you. You are bound south, no?”

“Give me safe passage to Paris and your debt to me will be paid.”

“How good of you,” he mocked. “But Paris is inconveniently out of my way.”

Her chin tipped high, but she held silent. This close he scented peppery warmth on her skin, the aroma as inviting as it was foreign. Her manner befitted a spoiled princess of an eastern court, not a slave woman clothed in rags.

Years of living by the sword warned him—listen.

“You require steep payment for a thrall, but go on. How does Sothram plan to cheat us?”

He brushed back her hair, the strands as rich as silk threads. The gods had created this woman for a man’s pleasure. More went on here than met the eye. She was too exquisite for Sothram’s outpost, her skin too smooth and hair too lavish to have borne hardships. Most female thralls wore their hair shorn at the shoulders, a sign of their status. When this woman spoke, he glimpsed even white teeth. His morning visitor had been coddled from birth, bred on a life of luxury. A woman of high value. That alone could make the troublesome thrall worthwhile.

Blunt refusal crossed his mind, but his traitorous mouth opened. “I’ll give you safe passage.” He grimaced as soon as the words passed his lips.

A woman meant delays. He needed to be in Rouen in five days, and there was his oath to his men—no women. They never traveled with a woman in tow. But the ebon-haired maid relaxed beneath him, her regal face softening.

“My thanks, Viking. Truly, I owe you a debt of gratitude.”

Her reaction at being in his care reached inside him, a gentle seed seeking fertile soil. Gold-hued eyes, open and beautiful as polished amber, stared back bold and curious. This was a woman to linger over and cosset in a bed of the finest furs, and he wanted to be the one to do it, an urge that did not sit well.

“Your information,” he said gruffly.

Lush lips opened inches from his mouth. “Yesterday you traded for two bundles of ermine, but while you slept, Sothram’s men switched the furs.” Her voice rose with triumph. “Your bundles will be a single layer of ermine on top but worthless rags underneath.”

He rolled off the thrall and helped her upright. Pushing back the curtain, he checked the small outbuilding the Saxon used for storage. His belongings sat on the floor untouched beside broken barrels and buckets in need of repair. Rumors abounded where Sothram was concerned. Sometimes honest, sometimes not. Yet, this was the last southern outpost in the Holy Roman Empire to trade for the highly valued ermine, and it was on the road to Rouen.

The thrall sat on her heels, rubbing her neck. “He thinks you will not inspect the bundles. Sothram’s men wrapped them in wool cloth. He will say he does that as a gesture of goodwill to protect the ermine.”

“And down the road, I discover his treachery, return for revenge, and take what is mine.” He sheathed Fenrir, his sword named for the monstrous wolf of lore. “Now tell me something useful.”

“Listen to me. Four archers left before sunrise. Sothram knows you travel the southern road. His men will ambush you from the trees.” She sighed. “He has done this before, Viking.”

Sothram marked him a witless warrior. He smiled coldly; he’d let that work in his favor. The prized ermine was to be sold at Rouen’s Midsumarblot Fair, the coin split evenly with his men. His portion would pay the first tribute to Will Longsword. But this woman nettled him.

“Why are you telling me this? Who are you to Sothram?”

Look for the next installment tomorrow.