How Did We Get Mead? And other Viking oddities…Part 3, Viking Beginnings 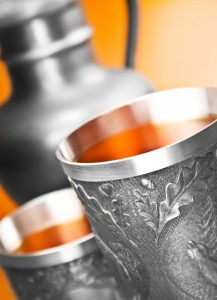 Mead’s origins falls squarely between “ick and “odd.”  The honeyed wine began with Odin and a battle, of course.  Isn’t it ironic that the beverage that makes men wax poetic makes them bellicose as well?

So, why not sit back and hear the latest tale of Odin…

The Aesir gods (Odin’s faction) and the Vanir gods (dwarf faction) battled each other in yet another feud.  A truce was declared, and to mark their oath, both sides spit into a crock.  Ever resourceful Odin decided to craft a man of great intelligence from the spittle: enter Kvasir.

Kvasir roamed the earth teaching mankind great bits of knowledge until the disgruntled dwarves decided to kill him.  The gruesome dwarves bled Kvasir’s body dry, filled a kettle and two crocks with the blood, and stirred in some honey for good measure.

This became the mead of poetry.  Apparently, knowledge needed sweetening.  But, whoever drank of the mead turned wise or poetic.

More murder and mayhem followed between dwarves and giants, but the tricky dwarves made a trade with the giant, Suttung: the mead for their lives since it’s pretty hard for a dwarf to best a giant.

Suttung stashed the fine beverage deep in the mountains and set his daughter Gunnlod on neighborhood watch. 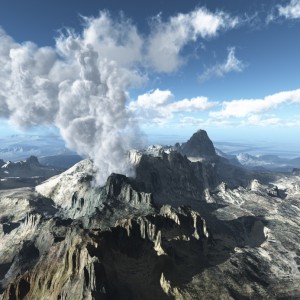 Gunnlod kept up her lonely, faithful vigil, sitting on a stool of solid gold no less.  Meanwhile, shape shifting Odin, convinced a Norseman to bore a hole into a rock on the mountainside.  When the hole shot clean through the rock, the Norseman removed his augur, and the man beside him turned into a snake!

The Norseman tried without success to kill the snake with his augur.  That snake slithered through the hole and shifted back into his human form on reaching the other side.

Odin found Gunnlod and turned on the charm. The Norse god’s seduction skills must’ve been epic: Gunnlodd lay with the stranger for three days in the heart of the mountain.   At the end of three days, Gunnlod was ready to yield anything to her beguiler. She let him drink of the mead.

The Aesir spotted the chase and placed jars for Odin’s fine spit to fill.  Sutting almost overcame the god. But, the canny eagle spit mead into the jars below. In the excitement, some mead came loose from Odin’s “back end.”

And that “end” portion?  The doggerel fed to bad poets and writers!

Or have you read books and poem fluid and full of knowledge? Entertaining and sweet?

I welcome your comments, and please subscribe to my newsletter if you’re curious about more.  In the newsletter I share the latest writing news with my readers along with historical tidbits and teasers of what’s to come in future books.