How to Eat Like a Viking: It’s in the Cheese by Gina Conkle 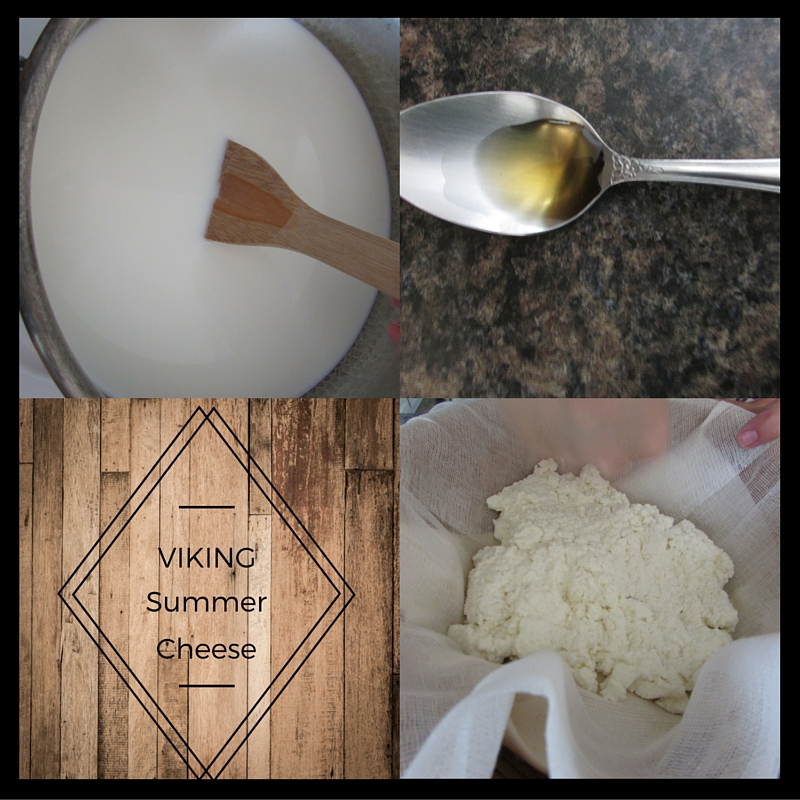 In one part of Spain, there’s a tradition that tells of Viking raiders who came to conquer but got stuck on an island in the middle of a river because local fighters defeated them. Lore has it those Vikings traded in their war hammers to become cheese farmers, and to this day that region is known for its hard cheeses. Vikings are ever resourceful!

Dairy products were the midsummer answer to food shortages. By spring, regular Viking folk would’ve plowed and planted their fields, and waited for fresh yields. Their winter stores of dried and pickled veggies and dried and whey treated meat would’ve dwindled. Fresh fish would be the answer in some places, but even large schools of herring don’t pass through southern Scandinavian waters until summer’s end.

Milk products from goats or cows would’ve been the protein mainstay.  And don’t forget, the wise farmer let’s the kid goat and the calf get their fill first. The Viking gets leftover milk.  Yes, even hearty warriors guzzled milk.

Tables were brought forth and they were given food: bread and butter. Large boxes with skyr* were also placed on the table. Bard said: “I regret much that I have no ale to offer you, though I would  have liked to.” You will have to suffice with that which is here. Olvi and his followers were very thirsty and drank the skyr.  At that Bard brought out some buttermilk and that they drank as well.

The process is like making mead: a little labor intensive at first with well-timed follow ups. This is how I made my Viking cheese. 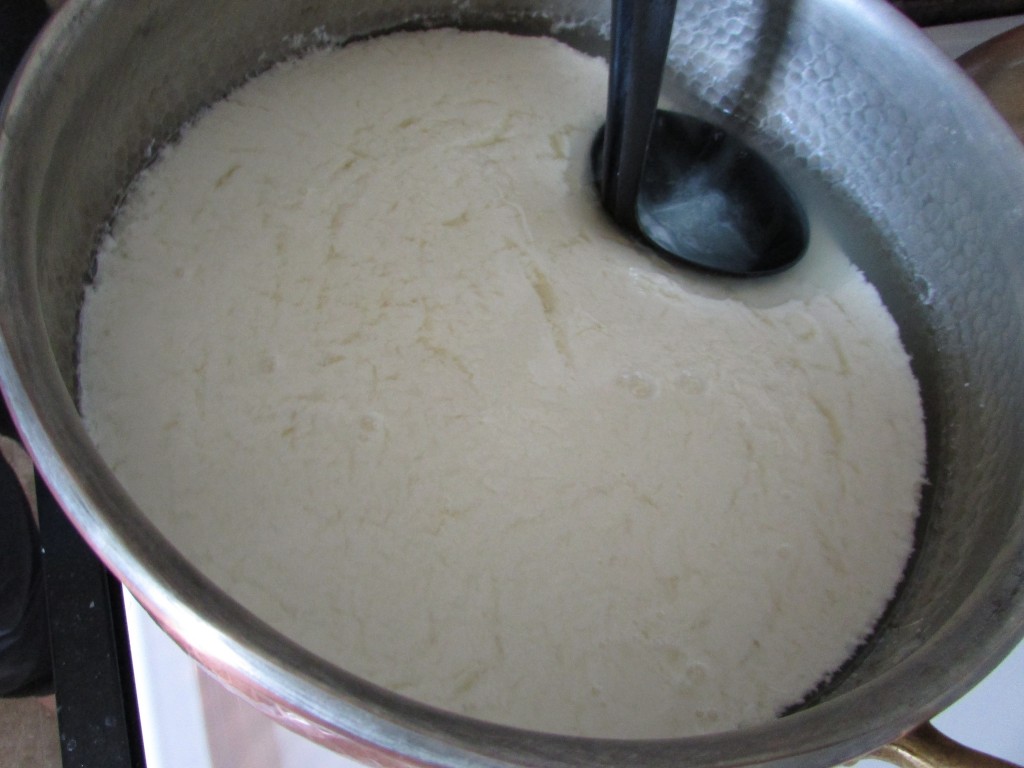 ~When you lift the lid, you’ll see a lumpy white-ish, yellow-y mass with watery edges. That watery liquid under the coagulated mass is whey.*** Grab your ladle and remove all the whey into a separate container. Nothing’s wasted. Vikings used everything.

~ Put cheese cloth in a basket (a round basket if you want the mass to form into a wheel of cheese). Lift the curds with a wooden spoon and press them into the basket. This will drain the last of the whey out of what will become your cheese.

~Now here’s the interesting part. You keep pressing the curds (even punching them!) to get the last of the whey out and to form your cheese. I tried punching my cheese, but a flat wooden spoon worked better.

~ Cover your cheese with a plate, a pan lid, whatever works, and let it sit for 6 hours.

~For 3 days you’ll turn your cheese over once in the morning and once in the evening, patting it with a little salt and wrapping it in fresh cloth. Keep the cheese at 17 degrees Celsius (62 degrees F).

~Days 4-28 turn your cheese twice a day like before, wrap it in a clean cloth, but NO salting. At the end of the month, you’ll have fresh Viking cheese.

When you’re done, you can eat your cheese like a Viking! Side note: I made Viking beef bone broth at the same time I made my cheese. The whole house smelled scrumptious.

Next week lingonberry bread in a bag.

*Skyr – (pronounced skeer) This cultured yogurt-like dairy product has been an Icelandic staple since the Book of Settlement days. It’s like Greek yogurt but milder in flavor. One way people take their chilled skyr is with warm milk and little sugar. Skyr is sold in select places in the USA.

**Rennett – This is the enzyme to coagulate your cheese. In days of old, Vikings got their enzymes from a calf’s stomach lining (it’s that whole nothing is wasted mindset). If that grosses you out, thistle is the vegetable alternative for cheese making enzymes. There’s no evidence of Viking’s using thistle, but that could be fodder for a great story!

Side note that may gross you out: Human enzymes have been used to make cheese. In fact, they still are today in some Balkan states. Poor rural farm women do what their ancestors did for generations before them. They spit, a little each day, in a vat of milk. over time, curds form. Believe it or not this is a popular cheese in that region.

***Whey – I had a great picture of my whey collection and then I deleted it! Ugh! It’s white-ish and yellow-y. Think of whey as the water component to milk and cheese curds as the heftier fatty parts. Vikings worked they whey. 🙂 Because of whey’s acidic nature, it’s used to store meat for long winters. There’s evidence whey was used to preserve pork meat as far back as Bronze Age Denmark.