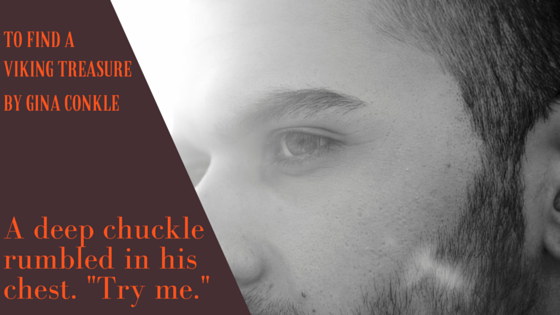 “I know why I like working alone,” he said.

Her wide mouth stretched in a flat smile. “But today you’re looking for the treasure with me.”

He almost laughed at having his own words tossed back at him, except his eyes itched and his body ached. Lack of sleep weakened him. His hand gripped and re-gripped his shield’s leather strap. It was all he could do to stop himself from dragging Sestra off to a soft grassy place, laying her down, and freeing her breasts for his pleasure. He’d kiss lazy circles over plush curves and make her purr. Then, he’d wrap her cloak around them and sleep with her body flush to his.

“I gave an oath to see to your safety,” he said gruffly.  “I can’t watch over someone I can’t see. Understand? We stick together.”

Sestra hugged herself tighter all while red curls wrapped around her neck. They stood toe to toe in silence with a flock of curious seagulls watching. No warrior would question him. Only a mouthy woman not used to battle. He didn’t need to explain himself. They’d stick together because he said so.

“What about all your fine talk of choices?” Her chin tipped high. “Don’t I have some say here?”

Her eyes burned a dark, earthy shade of brown. “You want complete obedience.”

On the windy beach, a glimmer of understanding dawned. Sestra the thrall got feisty and grudgingly did what was expected of her, but the woman before him tested new ground. Sestra the would-be freewoman tried her sea legs at full-fledged independence by standing up to a man.

Warmth burst under his breast bone. She trusted him. He’d have to tread with care.

“You want choices? Here’s one for you,” he said, holding out the shovel. “If you don’t stay with me, you can do the digging when we find the hoard.”

A deep chuckle rumbled in his chest. “Try me.”

To Find a Viking Treasure by Gina Conkle, an enemies-to-lovers treasure quest romance 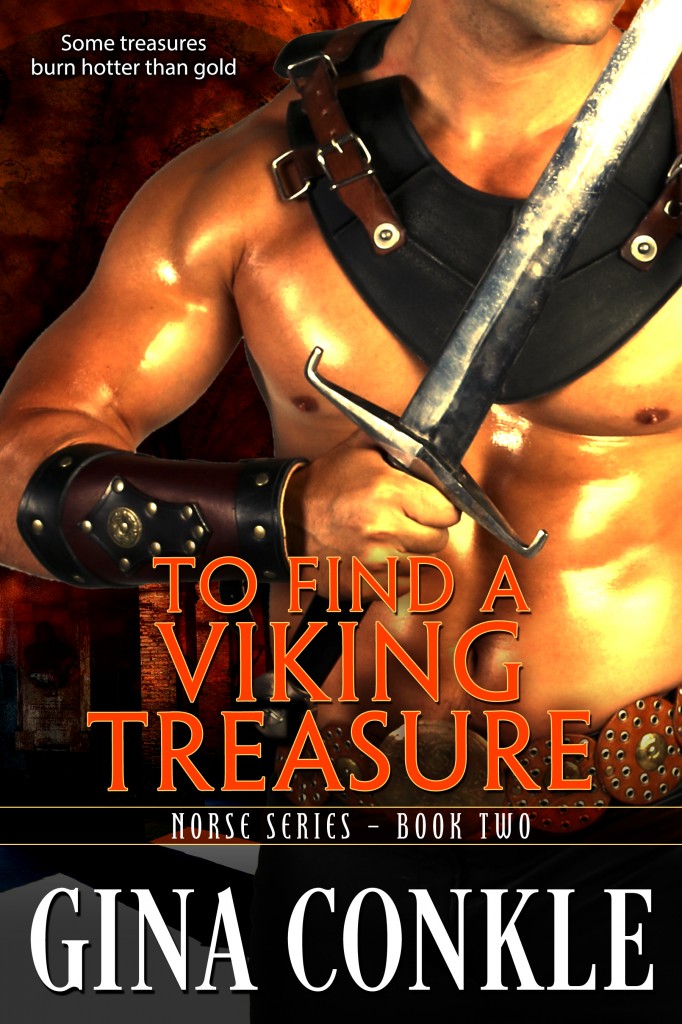