How Far into North America did Vikings go? Part 2 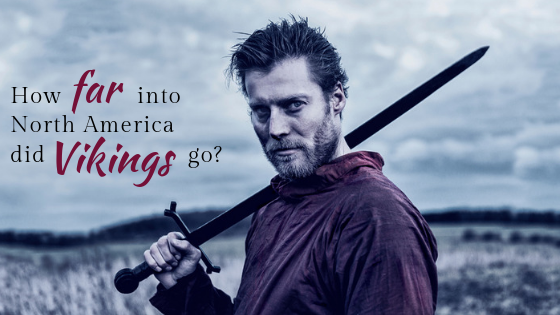 The Case of the Kensington Runestone continues... 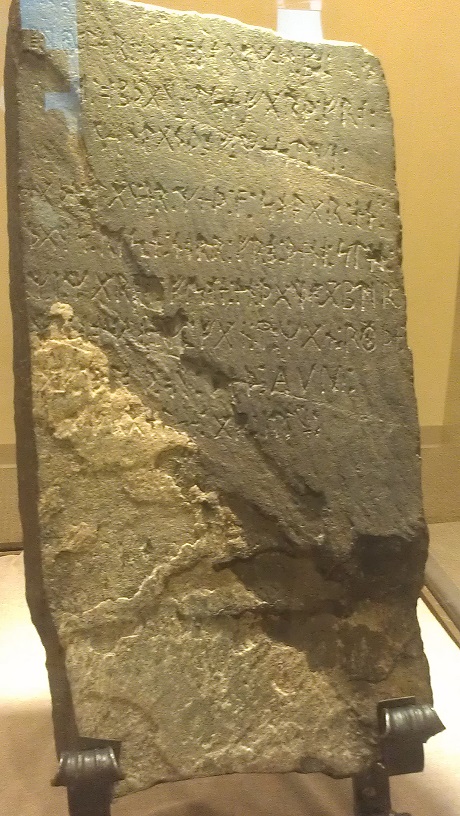 This famous UNESCO World Heritage Site is widely accepted as a pre-Columbian Nordic settlement, dating around the year 1000. You can find L'Anse aux Meadows in modern day Newfoundland in Canada. Vikings referred to the region as Vinland.

Its discovery in the 1960s was exciting. Interestingly, many scholars* were skeptical of further Viking incursions into North America. The Kensington Runestone found in central Minnesota was widely thought a hoax. But, as time passed and technology improved, more evidence came to light.

This Viking coin was found at the Goddard site in Maine in 1957. The coin was at first mis-identified as a 12th century British penny, but in 1978 experts reviewed the coin and resoundingly agreed that it was a Viking coin minted between 1065 - 1080 to honor Norwegian ruler, Olaf III.

While this was the only Viking artifact found on the Maine site, items such as broken pottery and worked copper have been found. Additionally, post molds (i.e. post imprints for longhouse construction) meet the framework for a Viking longhouse. However, the "h" (hoax) word rears its head with this coin.

The finder of the coin was an amateur archaeologist and avid coin collector. Norwegian coins, such as the Goddard coin, flooded the numismatic market in 1957—the same year the "Maine Penny" was discovered. Because of this, it's understandable why doubts run high in this area.

Letter from a king

In 1354, King Magnus Eriksson of Sweden wrote a letter, ordering his officer, Paul Knutsson, to lead an expedition to Greenland. The king wanted Knutsson to look into reports of Greenland's people (his subjects) turning away from Christianity.

Some think Knutsson may have missed Greenland and landed in North America (or he went after renegade Greenlanders and found himself in North America). Records are scant on this period in Norway's history because of much turmoil. Because Norway was in upheaval, there are no clear records Knutssson's ship set sail, but we do have the king's letter.

Looking at other sources, we have Dutch cartographer Gerardus Mercator's 1577 letter written to John Dee (scholar and advisor to Queen Elizabeth). Mercator shared that he'd learned of eight men who returned to Norway in 1364. One of them, a priest, handed the Norwegian king extensive geographical information on Arctic Islands.

Could these eight men have been survivors of Knutsson's voyage? Norwegian men who wandered further south into North America?

Next week, I'll share the possible waterway, the Norse Crusader Theory, and the Battle of Visby Theory for Vikings in North America.

Until then, tell me what you think about what was shared today.

Gina Conkle writes adventurous Viking romance and sensual Georgian romance. Her books offer a fresh, addictive spin on the genre, with the witty banter and sexual tension that readers crave. She grew up in southern California and despite all that sunshine, Gina loves books over beaches and stone castles over sand castles. She is the proud mom of two adult sons and happy wife to her favorite alpha male, Brian.

*I run into the ambiguous “scholars” reference often when I dig into Viking history. Skeptics and naysayers of both Viking women warriors and Viking travels into North America stem mostly from “language and literature” scholars (read that as Saga experts). I’ve often wondered why they as a group tend to be close-minded aboud Viking history. On the other hand, archaeologists who specialize in Viking sites are the true scholars, the forensic scientists, delivering facts, not interpretations of fiction.