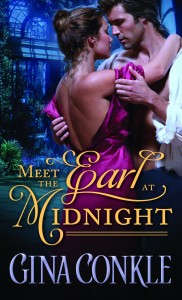 I’m SO thrilled to finally bring to life Jonas’s story. Do you remember him? He was Lord Edward’s man of business in Meet the Earl at Midnight.

****Excerpt from Meet a Rogue at Midnight, the NEW book, comes tomorrow****

To jog your memory, here’s an excerpt of Jonas talking about women with Lord Edward (and below that is an excerpt from Meet a Rogue at Midnight).

Excerpt from Meet the Earl at Midnight:

Rough, water-stained crates promised good news, or so he hoped. The pair of them, lined up end to end before his desk, was as out of place in the well-appointed study as rabble-rousers gathering for teatime. So was Jonas, for that matter, his shaved pate showing black stubble. His friend and man of business, garbed in coarse attire today, often bore the brunt of quick judgment from those assuming the worst, but common veneers often veiled treasures within.

Edward ambled quietly across the carpet with another question hanging: What would the artistic eye of Miss Montgomery think of the contents? That such a question sprang to mind made him smirk with self-deprecating humor. Her morning sketches pleased him. Her skills, so far, went beyond the typical “I-can-sketch” boast of many females listing their qualifications. What’s more, he wanted her to be equally enthusiastic  about what nestled in the straw. That he valued the opinion of an uneducated woman was at once humbling and enlightening.

Neither could he ignore truth’s pressure: much rode on the success or failure of what they pulled from the crates today.

Jonas wielded a crowbar, and wood and nails whined at the Colonial’s intrusion, but the crate’s lid opened wide its maw to reveal an abundance of yellow straw. Jonas, his sleeves already rolled up, dug into straw ’til he found a prize. Out came a bright blue and white dish, painted in facsimile to the high-priced Chinese style that was all the rage in homes, from merchants of some means to England’s finest estates.

“Has Cookworthy done it?” Edward asked when he drew near.

Jonas glanced up from his labors and nodded. “Think so. Feels light to me.” One meaty hand clamped a plate that he held up for scrutiny. “Looks the same as the goods from China.”

Edward reached for the plate. “Let me see.” He examined the dish, lifting it high to overcast daylight spilling through sheer white curtains. Light limned the thin, round rim of the plate.

Victory. The sublime marriage of art and science finally achieved.

“He’s perfected the hard-paste process,” Edward said with awe. “This one feels light as air.” He tapped the dish on the desk gently, then banged harder. “Doesn’t shatter.”

They pulled out the porcelain piece after piece, lining up dishes on his mahogany desk, the bright white and brilliant blue dishware so out of place with the somber greens and browns of his study. They made a point of raising each one to the window’s light, checking for telltale markers, translucent rims, followed by tapping the dishware for durability. They worked in silence, occasionally murmuring a comment or two. Then Jonas raised an oval serving tray to the light, shifting the platter this way and that.

“How goes it with your guest from the Blue Cockerel?” He passed the tray for Edward’s inspection.

Neither man gave eye contact while keeping up the business of their tactile and visual inspection of the goods.

“She’s surprising, stimulating, and…” Edward let his words drift as he traced the rough, imperfect border of cobalt blue paint on a small creamer.

“Fascinating. Defies words.” He put the creamer on its miniature plate setting. “David’s report failed to convey her true essence.”

“Is that possible?” Jonas stood up, dusting off his hands. “Hire a solicitor to investigate the essence of a woman? Especially one you’ll be shackled to ’til your eternal reward.”

His friend grinned from ear to ear as he rolled one of his thin beard braids between thumb and forefinger. Edward shrugged away the jibe and went to pull the servant’s bellpull near the window.

“The normal things. Dance attendance on her, talk with her. You don’t read about a woman to understand her.”

“I’m not a complete imbecile with the fairer sex. You know very well the genesis of my bargain with her, as well as my…time constraints and singular situation.” Edward set one hand at his hip and searched the space beyond Jonas, seeking the right word to describe what he wanted. “I seek…to enjoy congenial relations with her. That’s all. This is not meant to be a love match.”

Jonas’s eyes rounded a fraction. “Then there’s the possibility? Of love?”

Coming tomorrow, an excerpt from Meet a Rogue at Midnight.