How to Eat Like a Viking: The Tale of Bone Broth by Gina Conkle 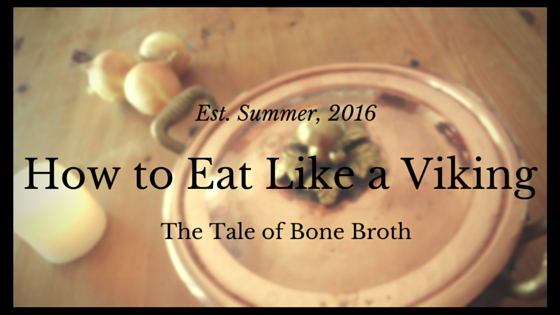 Most of grab a few cans of broth around the holidays and don’t think twice about what it takes to make this food staple. I’ve made bone broth before, and homemade beats canned (or cartoned) broth by a mile in any taste test.

The more I dig into this project, reading and writing Viking stories, immersing myself in their history and way of life, the more I see food and cooking as elemental. It’s life.

Someone asked me once, “Why Vikings?”

For those very same reasons, their unspoken outlook on life: Vikings were evocative, bothersome, nurturing, and ever-renewing. And an ancient, violent, passionate, tenacious people. If you bear with me this summer, you’ll taste their tale, because there’s a story to be found. In their food. In bone broth.

Why didn’t Vikings break the bones (when they had no problem breaking an enemy’s bones)? To do so was bad luck. 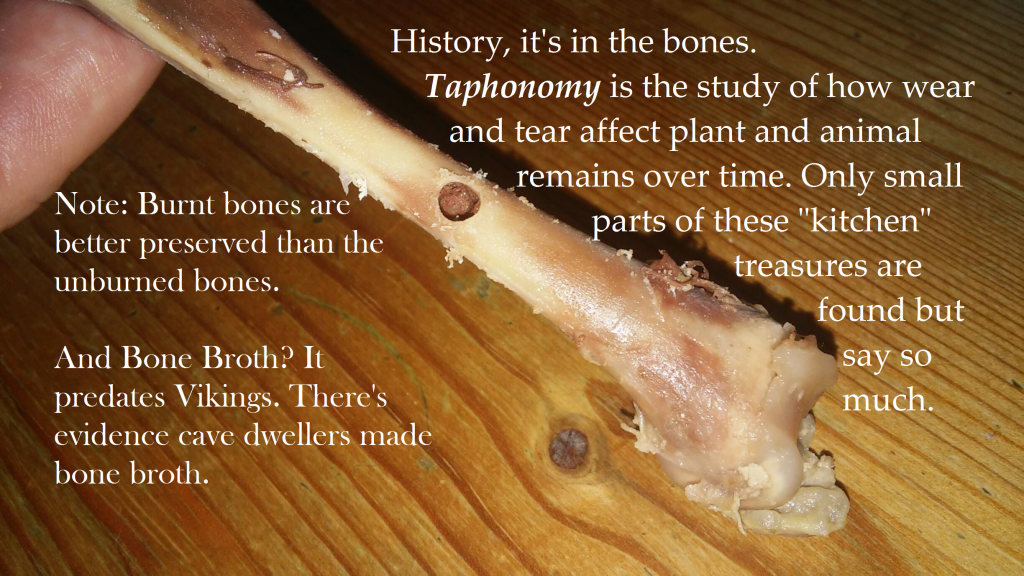 There’s a story in Norse mythology about one of Thor’s magical goats. They could be slaughtered and eaten again and again as long as their bones weren’t broken. Thor went on a journey with Loki, a goat, and a boy named Pjalfi. Since Loki’s happiest when he stirs up mischief, he convinced Pjalfi to break the goat’s bones. Thor got wind of the plan but was too late. Poor Pjalfi’s penance (oddly not Loki’s) was to lose his freedom and serve Thor.

Fun insight into Norse mythology, but how did Vikings get to bone broth?

At Lofoten, researchers couldn’t let the bone thing rest. Studious efforts went into extracting the marrow. None met with success until the bones were roasted first and slow cooked in water and all kinds of things happened. The marrow loosened. Collagen melted into liquid gold. And a rich, savory broth was made. 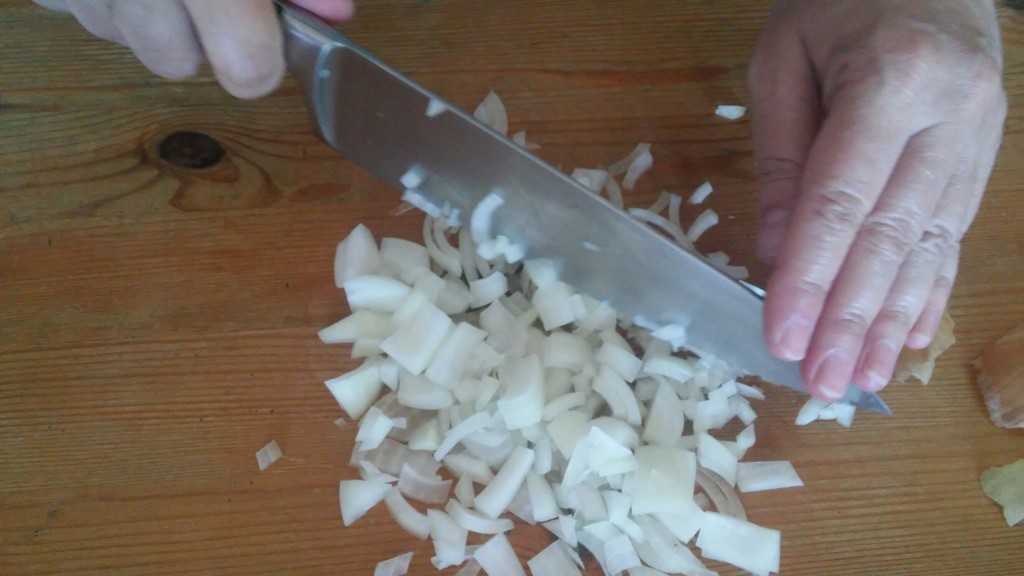 Slow cooking bones in water with vegetables is a long ago practice that’s making a comeback. Seriously, Hollywood celebrities and high profile sports figures are getting into the craze. The Washington Post did a feature on Kobe Bryant and his love for bone broth (link at the bottom). He calls it his secret Stone Age weapon!

Here’s what I did:

~3 pound chicken carcass (mine was leftover from a roast chicken dinner, most of the meat removed). For a robust flavor, roast the bones first for 20-30 minutes in the oven at 350 degrees.

~2 whole peppercorns and 1 clove (the clove is my addition – cardamom would’ve been a popular spice around the year 1000).

Put the bones, onions, vinegar, and spices in the pot. Cover the bones with water and cook on low. In 2 hours, skim any “scum” off the top and add more water if needed.

The broth will cook for another 2-4 hours (long and slow loosens things up).

Next blog post: The Magic of Mead. The BIG surprise? There’s a lot of old mead recipes. And rose hips (I don’t put Vikings and roses together…but that’s history for you! One big surprise after another)

Now you tell me. What’s the craziest food you ever made or tried?