How to Feast Like a Georgian: Mulled Wine + Naughty, Sexy Pudding by Gina Conkle 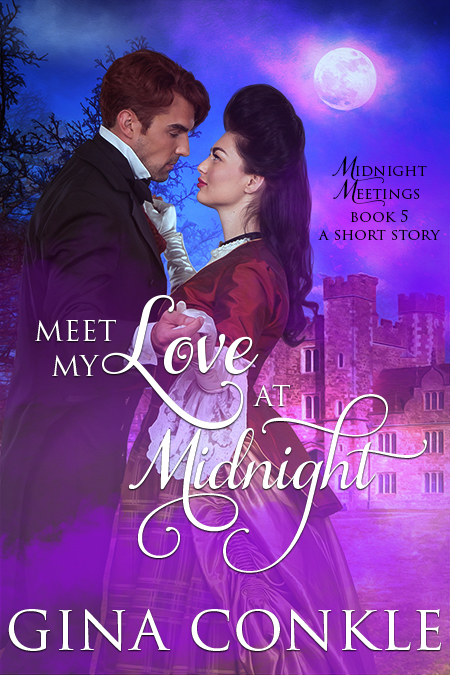 My Midnight Meetings series books work their way through 1768, heading toward Christmas Eve in the novella, Meet My Love at Midnight and a light dip into Twelfth Night in Meet a Rogue at Midnight. Part of the fun has been researching what Georgian England ate and drank during this festive time.

One interesting fact was naughty pudding–once outlawed under Cromwell’s rule. Puritans and Quakers alike considered the dish “lewd” and unfit for God-fearing people. Brandy in certain puddings made it detestable (supposedly the root of much debauchery). It was King George I, celebrating his first Christmas as King of England, who brought the dessert back into fashion. He was nicknamed “The Pudding King” since he zealously favored the food.

But, the other decadent treat from the past was mulled wine. I’d never had it, but I wanted to try some. With a pile of books on Georgian foods and recipes, it wasn’t hard to learn how to make mulled wine. The popular drink is even featured in one of my books on medieval feasts. Turns out, 2nd century Romans get credit for giving us mulled wine. They heated their wine in winter to keep warm. When they invaded other lands, new ingredients were added to their hot wine. Thus, mulled wine was born.

Like the experimental Romans, every recipe has a unique twist from certain eras and regions. Georgians were no different. Wealthy Georgians enjoyed their mulled wine with China oranges (that’s what they first called oranges since the fruit came from China).

Here is one recipe to try:

Zest and juice from 1 orange

Pour all the ingredients into a pot and bring to a boil. Turn down the heat and let the wine mixture simmer for about 10 minutes. Pour your mulled wine into a mug. Add a small strip of orange peel for visual effect and you’re all set.  The drink is tasty. Enjoy!

Merry Christmas and Happy New Year to you – Gina Conkle

How to Have Your Christmas Pudding Like a Georgian

Does pudding make you think sex? Probably not. When someone says “pudding” most people think of the dessert easily made from a box. Its popularity has fallen in favor of cakes, pies, and ice cream.

But once upon a time, pudding was polarizing. Political factions rose up over the food. Laws were debated in England’s Parliament. Citizens clashed (and yes, even rioted!) over the right to feast as they saw fit. Pudding was surprisingly a contentious issue in England’s history. For a time, the dish was on the outs.

Georgian England, thank goodness, recovered their decorum. King George I was served pudding at Christmas dinner and he thought the dish divine. Pudding was back.

But, why all the hubbub over…pudding? Let me explain.

A funny thing happened during Christmas

In modern times, that kind of revelry stays in New Orleans. But, imagine what would happen if it cropped up all over? Some would denounce the excess. In early 17th century, many did.

When Oliver Cromwell came to power, Parliament demanded change in England’s Christmas festivities. Pudding was an often-discussed dish. Lawmakers (many of them Puritans) called pudding “lewd” and “unfit for God-fearing people.” Puritans weren’t the only pudding-bashing group. Quakers claimed pudding was “the invention of the scarlet whore of Babylon.”

These groups objected to what went into dessert puddings, brandy being a chief ingredient. Those opposed to pudding felt the food added to drunken, licentious behavior. Of course, we know today high temperatures cook the alcohol, leaving only the flavor. You won’t get drunk on pudding.

To be fair, the Scottish Kirk (church) had outlawed Christmas decades earlier. People north and south of the River Tweed were sickened by the gluttony of sins. When Cromwell’s reign ended, Charles II was restored to the English throne. Yet, Christmas and its famed pudding didn’t come roaring back. Citizens worn out from in-fighting didn’t rush to reinstate the old way of celebrating the holiday.

The Complaint of Christmas

It took satirist John Taylor to bring people to their senses. In his pamphlet, The Complaint of Christmas, Taylor decried the “harmless sports” of the holiday which “are now extinct and put out of use… as if they had never been.” He rightfully pointed out “the merry lords of misrule [are] suppressed by the mad lords of bad rule at Westminster.”

Christmas crept back…more like a lamb than a lion, but it was back. In moderation.

It took George I enjoying his first Christmas dinner as England’s monarch to bring pudding again into holiday popularity. The tasty dish was de rigueur!

Here’s to your Christmas feast (with pudding or without).  ~Gina Conkle