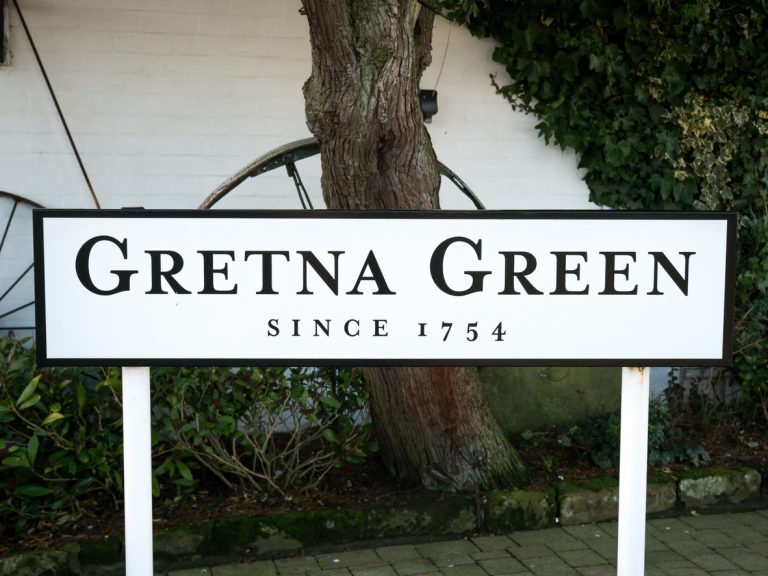 Oh, the naughtiness of a quickie wedding! Early Georgian England teemed with elopements, creating scores of under-aged brides and pesky bigamists. During that era, people could marry wherever and whenever they wanted, as long as a clergyman presided over the ceremony.

By the 1740s, fast weddings in England became a booming industry thanks to shady clergymen in London’s Southwark ward. Because of those few bad apples, people called for lawmakers to correct marriage license loopholes. But first…

A Little History behind the History

In medieval times, people were expected to say their vows in either the bride or groom’s home parish. The church required banns* read from the pulpit for three consecutive weeks. The purpose of the banns? If anyone knew why the bride and groom shouldn’t wed, that was the time to speak up for things like consanguinity or if one of the parties was already wed.

If no objections came to light, the bride and groom wed on the church steps. Weddings were supposed to be public, not secret affairs. This worked in agrarian England.

But, the church allowed another avenue—the marriage license.

As London grew, so did the number of weddings by marriage license.

Then Came the Money

Lawmakers of the 16th and 17th century decreed fees must be paid for marriage licenses. Since marriage was considered a lifelong compact, the marriage license fee was not small. Tradesmen paid a week’s wages to wed their true love.

By the mid-17th century, marriage by license increased dramatically. Saying those hallowed vows became an industry. Illicit marriages spread. And one parish church caused courts and families many a headache—St. George’s in Southwark.

With problems such as bigamy on the rise and clergyman overlooking parental consent for the underaged, citizens demanded parliament act. Lord Hardwicke’s “An Act for the Better Preventing of Clandestine Marriage” was the answer (called The Marriage Act of 1753 but passed March 25, 1754).

No one under 21 years of age could get married without parental consent. Clergymen who broke the law were subject to 14 years transportation (i.e. shipped off to the colonies to serve the Crown there). Fleet Prison marriages were shut down too.

Quickie weddings came to a screeching halt in England but not in Scotland.

Scotland, the convenient northern neighbor, did their own thing. Scotland allowed for irregular marriages if two witnesses were present. The term “anvil weddings” was popular because many a Scottish blacksmith presided over the vows. What you might not know is fishermen, weavers, horse saddlers, cobblers, and mole-catchers did too. Blacksmiths got the most press with one famously telling the London Times in 1843 that he performed more than 3500 weddings. 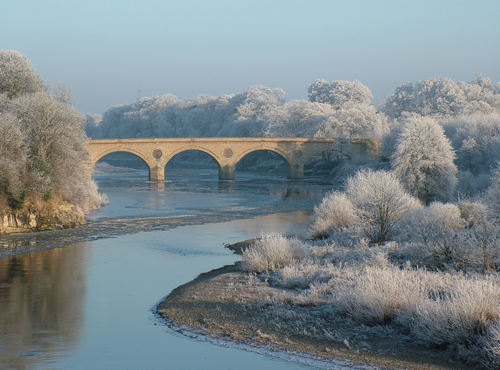 The Bridge to Love

Coldstream was a sleepy Scottish village during Georgian times. Just over the border on the English side, was Cornhill with the River Tweed running between them. Both towns are small to this day, but things changed in 1768 when the government built the Coldstream Bridge. The wide stone bridge was perfect to accommodate booming stagecoach business. The popular London to Edinburgh line was a major artery with several stops at small villages along the way.

Fast travel opened the door to fast weddings. Other villages saw wedding traffic, but Gretna Green and Coldstream were the two famed places.

You could say Gretna Green was the Vegas of elopements, and Coldstream was the Georgian Reno.

Thanks for stopping in for History Thursday! Leave a comment and tell me if you learned something or if you have something to share about those prolific “quickie weddings” read love to read about in historical romance.

*banns were a proclamation done in church from late 12th century